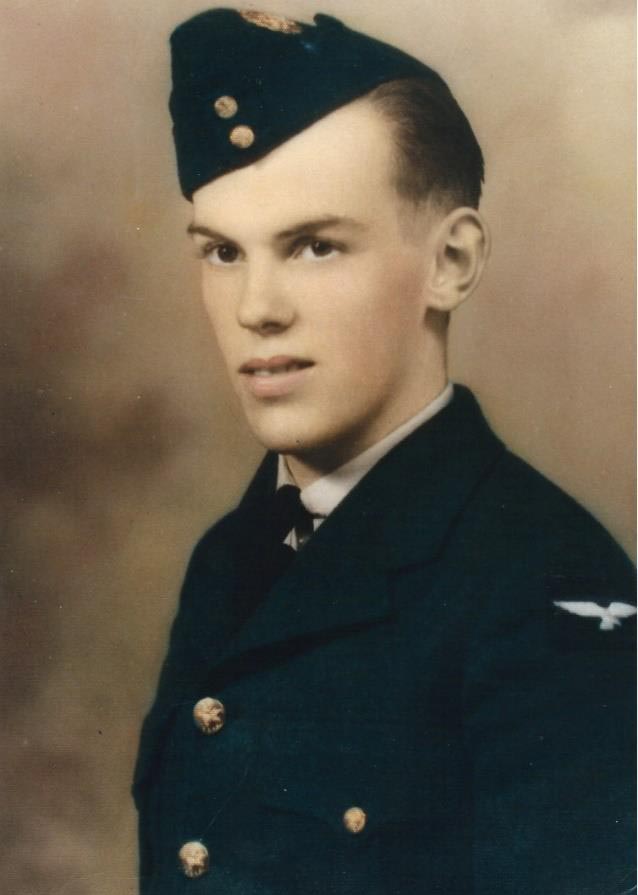 I know this to be true in my brother's case, because he wrote a letter to be mailed in the event that he didn't return from a mission at some time, and to be sure, it was mailed. In closing, I would like to read that letter to you now, and with the risk of being classified a plagerist, would like to title it, "This was MY Brother".

"My dear Mom & Dad:
I have lost count of the number of times I have been going to write this letter, not because I don't know what to say, but rather, how to say it.
I guess most fellows who think anything at all of anyone write a letter such as this, because for probably the only time it has ever occurred, the true and sort of naked feelings about this whole affair are in a small way put forward. I have also often thought that, if it could all be put on one short page, it would be so much better; but we who do not possess the fluent tongue of a journalist must blunder and stumble through pages.
Naturally when and if this letter is mailed, I will not have been in a position to post it, but I hope it reaches you in time to put your minds at rest. Yes, and even as you read it, the chances are good that I am still very much around.
Since joining up, and since being over here for some time, a few of the ideas have changed, after seeing the sacrifices of a few who who have gone before.
After reading, hearing of, and seeing a few pictures of atrocities, etc., that have taken place and as yet are not fully known to most of the public, I now appreciate and even cherish many of the things which are to most of us "nothing". Even such a trivial thing as my laughter I now find worth fighting for; right now that is a privilege that many people cannot claim.
If I am killed, I know that as parents, to you no reprisal will avenge my passing. I only hope that you can find it within your powers to continue your normal existence, satisfied with the knowledge that this task which has become my task will go to the capable hands of those left behind, and the ultimate victory which I feel is not so far off will compensate for the meager sacrifice I have made."
1930> 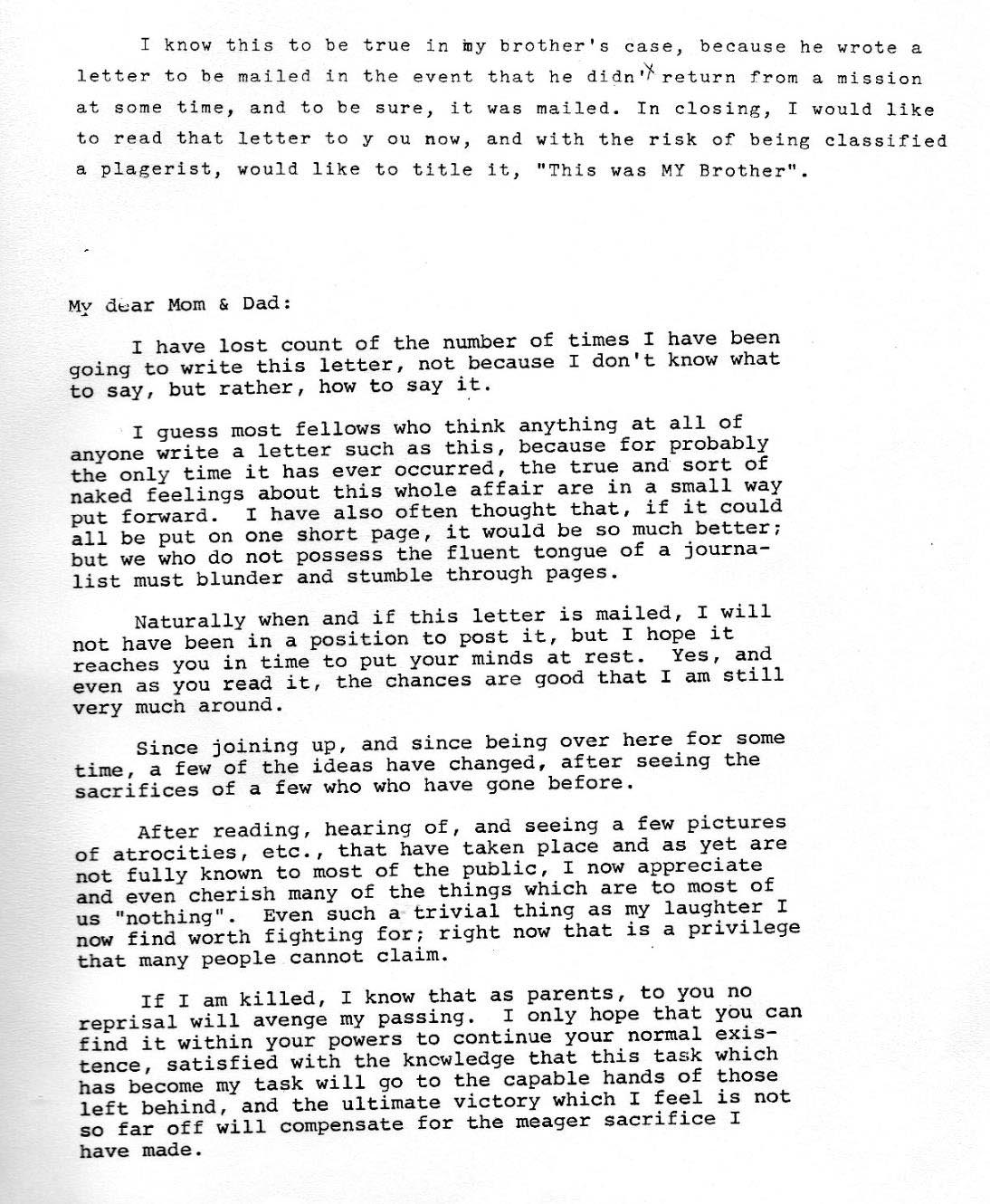